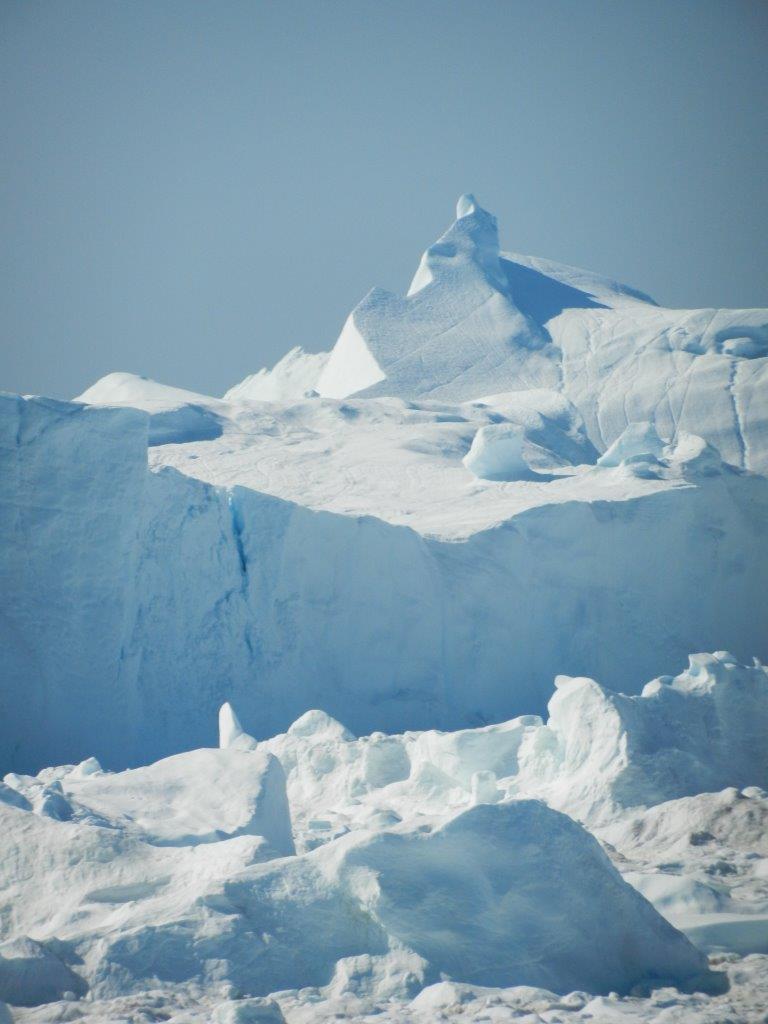 The Anthropocene – the era in which mankind’s effect on the earth became the dominant influence on the environment. Irreversible climate change, a lack of respect and care for the environment and for other species. The pursuit of wealth, the focus on the individual.

The arts have not been immune in the march of human “progress.” International touring, viewed as a mark of prestige coupled with easy and cheap travel has led to a world where artists are continually on the move, sometimes moving between countries on a daily basis.

How do we respond to this as artists? This is a question posed by the Royal Conservatoire of Scotland’s series, “Art-Making in the Anthropocene”, supported by the Royal Society of Edinburgh and SHARE. The talks have focused on a wide range of issues that artists are increasingly engaging with: social justice, awareness-raising, activism and, perhaps most important of all, the question of how we lessen our own impact on the planet.

When I was asked by series organiser, Dr. Emily Doolittle, to put together a concert for the series with Nordic Viola, it felt like a natural fit in many ways. I can’t pretend to be an angel when it comes to good practice – I’m not sure any of us can. Travel is, in many ways, intrinsic to my project. Air travel is inescapable if you are going to visit Greenland after all. Other than paying your way on an expedition boat or finding a way to travel on a cargo ship, there is no other way of getting there. However, when I do travel, I try to stay in one location and do as much as I can. I also find that this helps to build relationships. I’ve never owned a car, so I rarely have to face that demon. Slow travel is my life – if I possibly can cycle, walk or ski for transport then I will, and I love it.

You’ll have gleaned from this that being outdoors in the landscape is something intrinsic to my life. Rightly or wrongly, I don’t want to agonise too much about the state of the earth in my art. Overall I feel at peace in the world and I’d prefer to move people to make changes in their lifestyles in two ways. Firstly by showing that travelling slowly and living in a more sustainable way generally is possible and secondly by inspiring people to look at and love the beautiful world around them and consequently to seek to protect it by making better choices.

I hope that the programme I’ve chosen reflects this. That’s not to say we shy away from “gritty” issues. On the surface, Anna Appleby’s “Hrakningar” portrays migrating geese, but it also poses the question of why we accept the migration of non-human species and yet dispute the rights of people to migrate.

Similarly, Lisa Robertson’s “Machair” depicts this unique Scottish landscape with the sound of seabirds and a feeling of spaciousness. Yet the introduction of a Gaelic song underpinned by a sinister cello pedal point and the use of human voices highlights the effect of human interference on this precious landscape.

Antonia Kattou’s “It’s a Sad Child That Destroys Its Own Weather” for solo flute similarly incorporates the human voice. I find this piece incredibly disturbing, actually, and flautist Janet Larsson’s performance is quite startling in its focus and intensity. 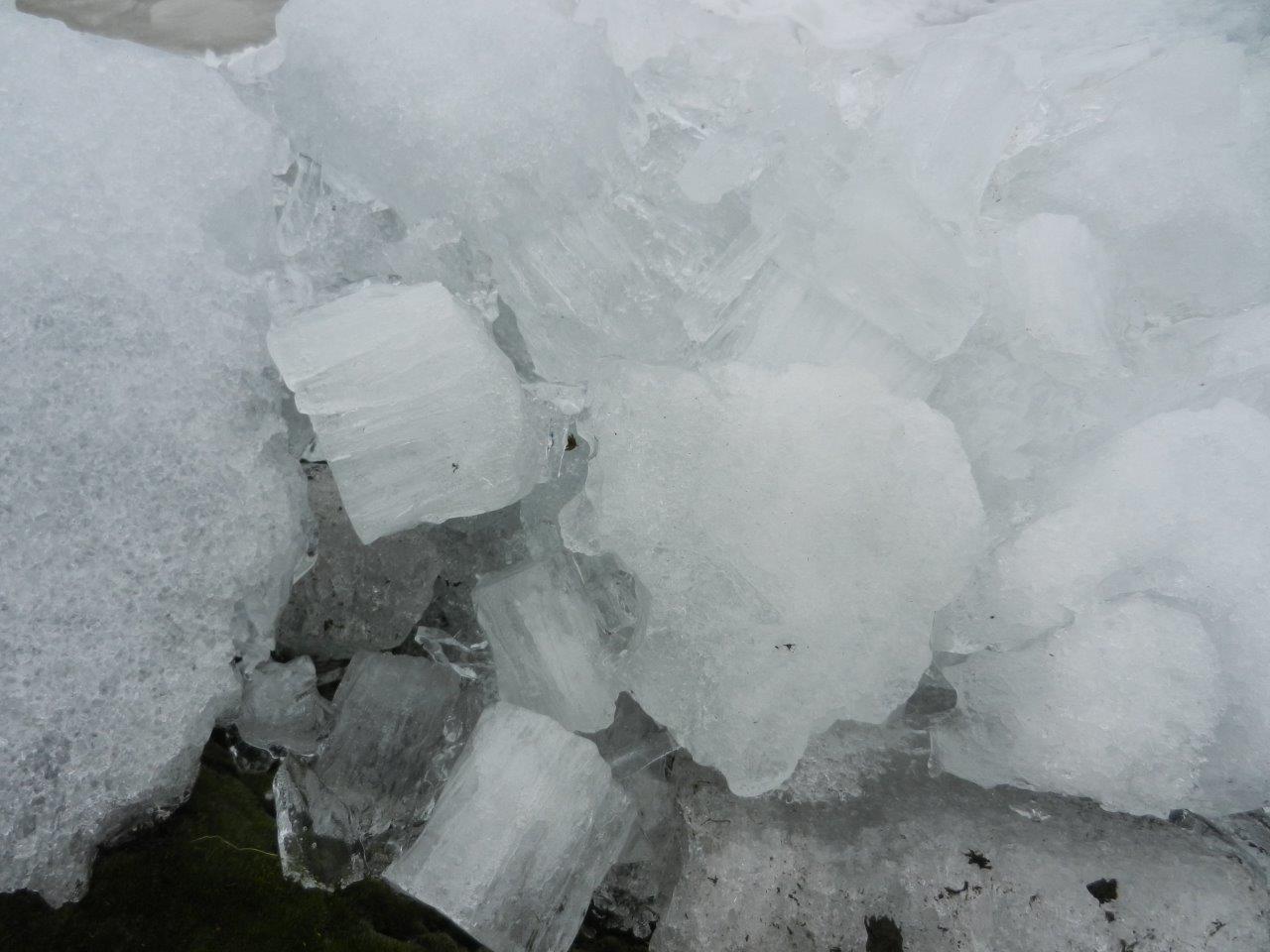 Aileen Sweeney’s “Siku”, performed by cellist Ruth Rowlands, was composed in conjunction with scientists at the University of St. Andrews and depicts Greenlandic sea ice. I’ve experienced climate change first-hand in Greenland. People laugh at me when I tell them that I suffered heat exhaustion there, but temperatures in the mid-twenties that far north are no laughing matter. The first time I travelled to East Greenland we almost got stuck in the sea ice in a small dinghy. Nowadays that bit of sea is frequently completely clear of ice in the summer. You can argue that it’s not necessary to travel to see and know this but the impact of seeing it is much greater than reading reports of it. In return, I hope I have given back something good in the form of my music-making and work with musicians there.

The centrepiece of our programme offers a real moment of peace and musical stillness. The low energy in Martin Suckling’s “Her Lullaby” comes from the pure consonances of just intonation, using the naturally occurring harmonic series, meaning that the frequencies of the intervals are in phase with each other. I learned this piece in the long second lockdown and found the intense listening required to pick up on the harmonics “within” the viola utterly absorbing and calming – almost a form of mindfulness.

The other two pieces in the programme were written during lockdown, with the composers contemplating the nature in their immediate vicinity and beyond. Ailie Robertson, in focusing on the natural sounds outside her Glasgow flat, casts her mind back to the beautiful sight of a hen harries in Orkney performing a “Skydance,” its elaborate courtship ritual. The delicate harmonics on the viola depict the bird soaring and diving. There’s a feeling of space and freedom, something we all craved in lockdown.

Emily Doolittle’s “Gardenscape” focuses on the world outside her composing window. It’s great fun to play as Emily leaves it up to the performer to choose what birds to feature in their garden and how to structure the piece. The performer can decide whether or not it’s raining, whether to feature some birds more than others (though the blackbird really has to feature with its rich and varied song) and how lively the garden is. What I most loved about putting this piece together was how it made me hyperaware of my own surroundings. Emily is spot on with her bird observations and transcriptions!

And so we come full circle, back to contemplating our planet and the need to protect the diverse and beautiful forms of life here. I hope indeed that our concert makes you listen intently to the world around you and inspires you to appreciate its beauty. Most of all, I hope it encourages you to consider our impact on it and to understand the damage that humans are causing. Hopefully you’ll leave our concert wanting to care just a little more about the legacy we’re leaving behind us and to do what you can to preserve our amazing landscapes.

This concert was first streamed on 27th April 17:00 and is still available at: