The ISM Award for New Music in Covid Times

‘The ISM is delighted to support the Award for New Music in Covid Times, and we would like to congratulate all the nominees in this category for their excellent contributions. Despite the challenges of the pandemic, there are so many incredible artists and organisations across Scotland who have managed to keep making music in creative and innovative ways. We are proud to celebrate the vital contribution of musicians to society - they make our world a richer place.’ – Ruth McPherson, ISM Senior Partnerships & Marketing Manager

This was a difficult category for the panel, with projects that were born as a response to the pandemic - some that replaced normal activity, some that happened for the first time and will hopefully become a regular feature...a lot of variety! They ranged from big budget to homemade, with excellent production values, and creative and interesting musical language, and there were many that resonated with both existing and new audiences. It was particularly impressive that the artistic integrity was key to so of the projects

two musicians working together always be an intense process, but this was additionally so due to the Covid-19 lockdown. The project managed to transcend the limitations of the situation, and it was very special to see new friendships being formed in these times. A great example of a project which brought people together to make music, which only happened due to the reliance on digital technology that Covid caused.

Sam Irvine is a saxophonist, composer and arranger based in Glasgow, Scotland. www.Samirvine.bandcamp.com

Karen Sutherland is a musician and filmmaker. She plays the iPad and creates music using Soundtrap.

Erin O’Neill is a composer and musician who has been involved in Digital Orchestra and iPad Quartet projects. She sings, plays keyboard and iPad

Claire Docherty is a freelance creative from Gourock, working in Edinburgh as a freelance music and drama tutor. She is also co-founder of 'Pretty Knickers Productions', an all-female theatre company, who focus on new writing.

Eli Hendrickse is a pianist and violinist currently studying Music at Edinburgh College of Art.

Rhona Smith is a musician and composer who plays and creates music using a digital system devised by Drake Music Scotland and is a founder member of Digital Orchestra.

Emma Clark is a musician, composer and actor who is regularly involved in creative projects with Drake Music Scotland and LungHa theatre company. She sings, plays keyboard and iPad

Programme note: Over the past six months of 2020/21, ten musicians from Drake Music Scotland & Tinderbox Collective have teamed up online, working collaboratively & remotely to create five stunning, colourful, and varied duets. The musicians had never met before and all the development, creative sessions and recordings happened online. Even the final sharing event was delivered as an online experience. And yet, deep connections, wide imaginations and new friendships have grown from this project - along with 5 captivating new pieces of music.

A Composer interviews are here - https://youtube.com/playlist?list=PL6jlWglh2ovaUzd7O4YCKPXSDLL7jXecO

Be Mine in Patience – an embrace in B minor – Michael Begg, Black Glass Ensemble and Friends

this was an exceptional idea when it came down to it...but it was brilliantly realised, and worked very well. The global reach and inclusive nature of the project meant that the concept of a limitless embrace was perfect for that moment in time. Well paced, well played, well constructed, and very well produced. 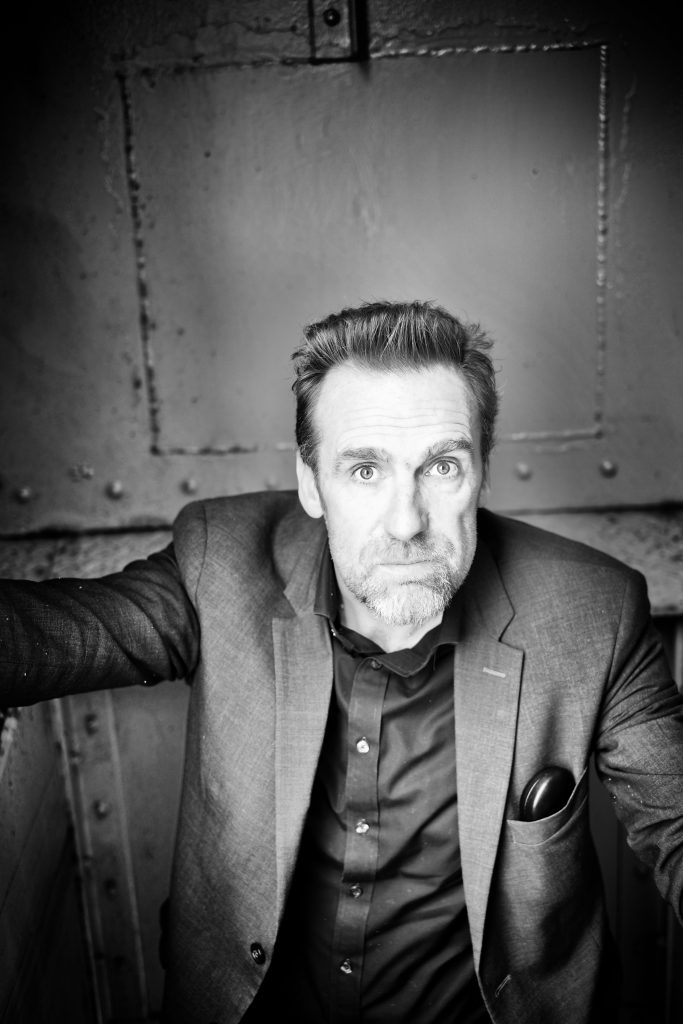 Michael Begg is a sound artist and composer based in East Lothian. He is the musical director of the Black Glass Ensemble, and associate artist in residence at Edinburgh’s Queen’s Hall. Michael’s work is situated in the liminal margins of contemporary classical and ambient electronic experimental music. He is a previous winner of a New Music Scotland award, in 2018, for his Cryptic Sonica commission, Titan.

Prior to the 20th century, and the emergent dominance of equal temperament, the association of emotions with particular musical keys was common practice.
Just prior to lockdown the Black Glass Ensemble addressed this historical alignment of sound and emotion to offer a brief ‘embrace’ in B Minor - the key associated with patience.
The embrace, a textured drone featuring the musicians of the Black Glass Ensemble and guest Colin Potter, with whom they were scheduled to perform was well received on social media.
After the lockdown began, Black Glass sought to widen the reach of their embrace to other musicians to make a more comprehensive piece of work. The idea was as provocative as it was simple: Get as many artists as possible from our networks to commit to an embrace, the most natural of human gestures in times of anguish - and the one thing we were forbidden from doing. The submissions for the embrace - in the form of acoustic, electronic, manipulated, processed, twisted, sung, strung, bowed and struck sound material all tuned to the pitches contained within a B minor chord arrived in waves.
The response was unprecedented. 104 musicians returned 247 individual musical tracks to be mixed down by Michael Begg into a restless, swirling Gargantuan expression of solidarity embracing seasoned classical players, key figures in the European electronic Avant-garde, post rock alt. legends, music teachers, students, and hobbyists.
The full 39 minute work, “Be Mine in Patience: an Embrace in B minor” was (and still is) made freely available via Soundcloud and Bandcamp in the hope that this embrace may help in some small way to nurture strength, fortitude and comfort.

Black Glass Ensemble · Be Mine in Patience: an Embrace in B minor

a really exciting project, which went beyond the normal parameters of a composer and performer working together. It created new relationships between distant artists, and brought people closer to the natural world than it was generally possible to be in person. 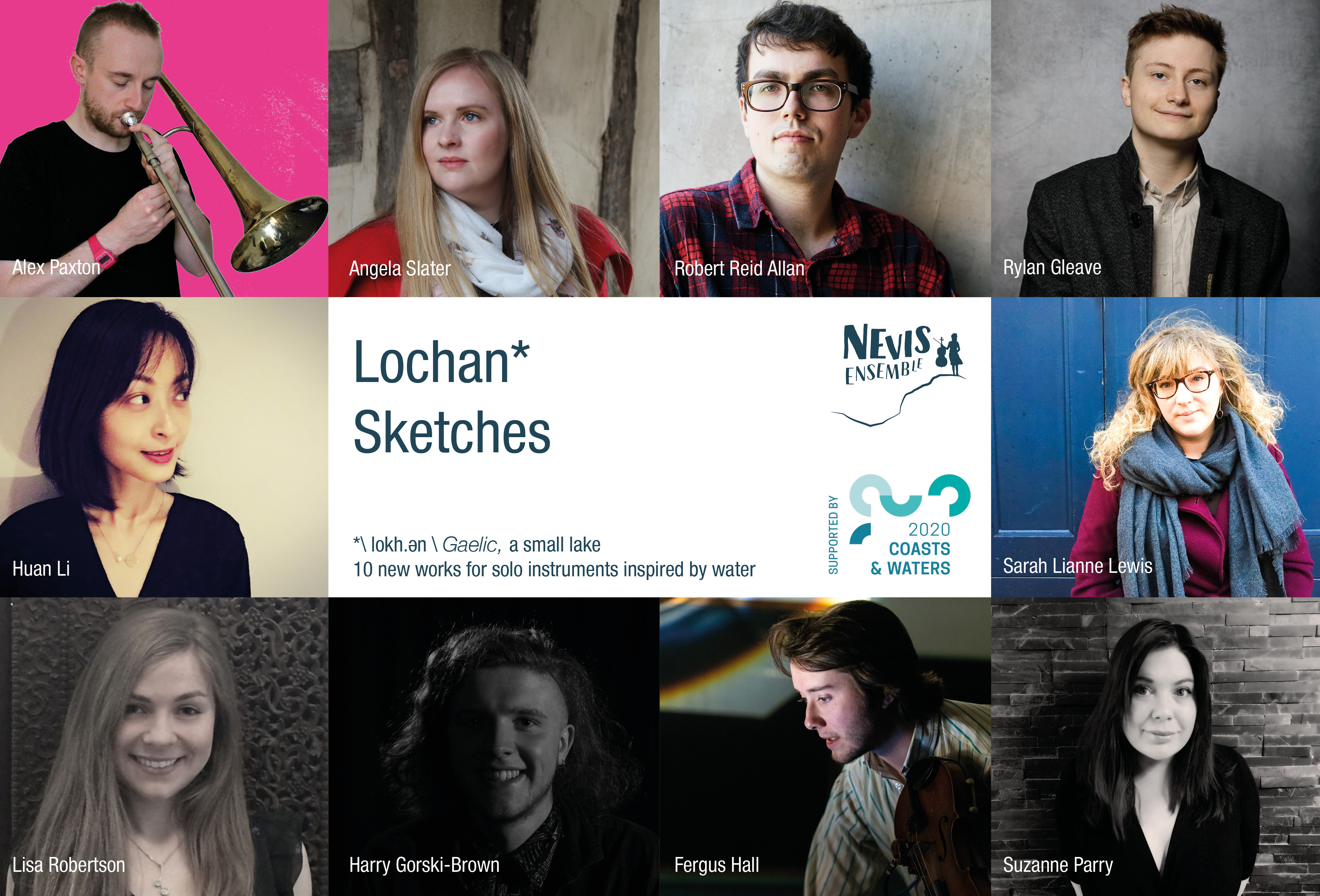 Ten composers were engaged for this project following an open application process.

Each of the Lochan Sketches is listed on our website, which includes a composer (and performer) biography for each Sketch: https://nevisensemble.org/lochansketches

As part of our Year of Coasts and Waters 2021 programme, our Lochan Sketches project (lochan = a small loch) brought together 10 composers, 10 Nevis musicians and 10 individuals/groups from around Scotland's coastal communities to create 10 new solo works, which then received their broadcast premiere on BBC Radio's Classics Unwrapped programme.

Each piece, including a recording (some with relevant images submitted by participants), and notes on each work are on our website here: https://nevisensemble.org/lochansketches.

Each composer was paired with an individual or group, who then acted as 'commissioner' for the music. Ranging from schoolchildren on Uist (remaining in school as the children of key workers) to a retired couple by Loch Fyne; an NHS Lothian doctor to a community hall manager living on the Cowal peninsula who commutes to Glasgow by ferry and train every day, the participants brought a diverse range of experiences and stories of their strong connections to Scotland's seas, lochs, islands and rivers, highlighting the role these environments play in our lives, and our need to protect them.

a brilliant concept that was addictive to explore. It tapped into the inner child of the panellists, and took them on a sonic journey around the world. Great fun, as well as being very revealing, and a valuable historical document! 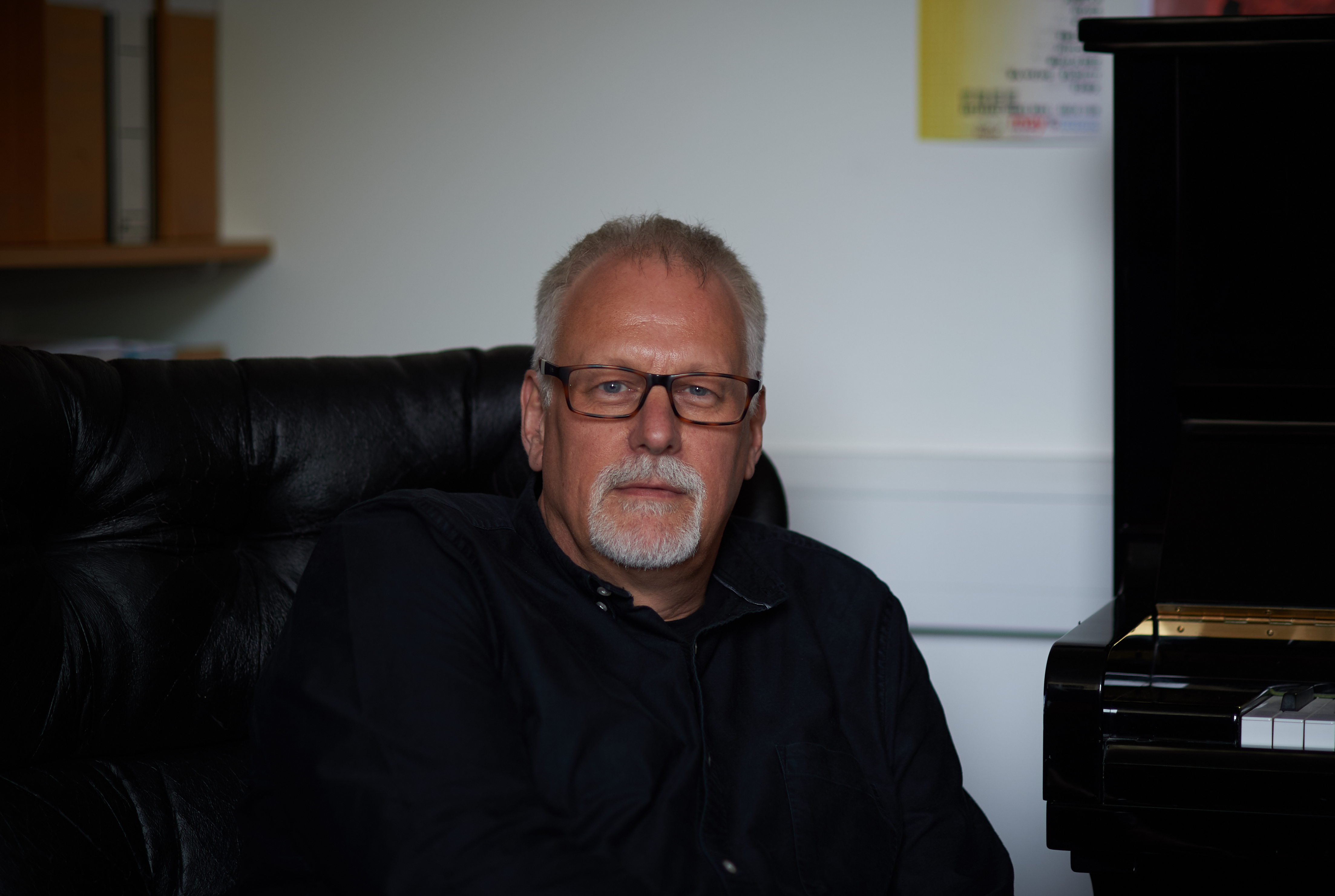 Pete Stollery studied composition with Jonty Harrison at the University of Birmingham and was one of the first members of BEAST in the early 1980s. Following a number of years as a school teacher in Kent, he moved to Aberdeen to work in teacher education at Northern College which later merged with the University of Aberdeen. From 2000, he was part of the team which re-introduced music programmes at the University of Aberdeen, including the introduction of doctoral programmes in Composition and the development of the electroacoustic music studios. He was Head of Music for many years and he now works part-time as Professor of Composition and Electroacoustic Music.

He composes music for concert hall performance, particularly acousmatic music and more recently has created work outside the concert hall, including sound installations and internet projects. His main interest is how humans respond to sounds in their immediate surroundings, in particular sounds that are not necessarily intended for listening purposes, as well as how an engagement with sound relates to the idea of place.

His creative work exists as electroacoustic compositions, sound installations, web-based sound art and instrumental/vocal compositions. His music is published by the Canadian label empreintes DIGITALes with further information at Électroprésence and tracks available for streaming at Electrothèque.

Programme note:  The COVID-19 Sound Map is a crowd-sourced project where the public is invited to consider everyday aural environments which have changed as a result of restrictions put in place around the world during the various periods of lockdown following the COVID-19 outbreak. The main aim of the project is to capture the sounds of a particular period of time, to document these sounds and preserve them on a Google Earth Web-based sound map which will be available in perpetuity so that these sounds can be (re-)listened to at any point in the future as a sonic memory of this unique period in our history. The map can be accessed using Chrome, Edge and Firefox browsers or via the Google Earth app on mobile devices.

Those submitting sounds are required to provide reflective text to accompany their sound which details the change in the soundscape as well as any effects that change has had on the person submitting. This is a crucial part of the project as reflection on sound is not easy and, in these strange, quieter times we are allowed more time for contemplation. The sound map will provide a rich database of captured sound and text from around the world which will be relevant for many years to come.

The project is part of an ongoing study called Sounding Aberdeen, a collection of stand-alone, practice-based, outputs, where the underpinning research explores how sound interacts with and impacts upon our daily lives, how sound can help create a sense of belonging to places and how we can preserve the memory of unique ephemeral sounds, some of which may be about to disappear. Many of the project outputs exploit a thirty-year experience of listening to rich, predominately urban, soundscapes in and around Aberdeen in NE Scotland, and ask people to consider their aural surroundings and to understand the importance of listening in our society.