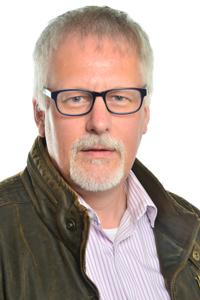 Pete Stollery (born 1960) studied composition with Jonty Harrison at the University of Birmingham, where he was one of the first members of BEAST in the early ’80s. He composes music for concert hall performance, particularly electroacoustic music and more recently has created work for outside the concert hall, including sound installations and internet projects.

He has collaborated with practitioners from other artistic disciplines, particularly dance and sculpture and has produced music and sound design for a number of UK visitor attractions including Dynamic Earth in Edinburgh, Magna in Rotherham and St Patrick’s World in Downpatrick (Northern Ireland).

He is also  Chair of sound, a new music incubator in NE Scotland, a position he has held since 2012.

His music is published by the Canadian label empreintes DIGITALes.