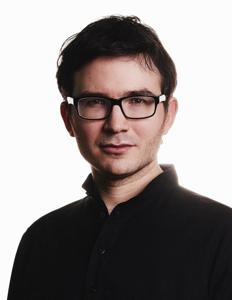 Tom Poulson (trumpet) has performed across Europe, Asia, Africa and North America. He is a member of Stockholm Chamber Brass, WorldBrass and KammarensembleN and a prize winner at various international competitions, including the Aeolus International Music Competition for Wind Instruments in Düsseldorf and Yamaha Music Foundation of Europe competition. As a concerto soloist he has appeared with the Royal Stockholm and Royal Flemish Philharmonic Orchestras, Düsseldorf and Nürnberger Symphonikers and was the soloist in a private concert for Princess Anne in Mauritius.

Tom is the Co-Principal Trumpet of the Västerås Sinfonietta and has appeared as guest principal trumpet with the Royal Stockholm Philharmonic Orchestra, Deutsche Kammerphilharmonie Bremen and the BBC Scottish Symphony Orchestra. He has been a member of the Lucerne Festival Academy, performing under the baton of Pierre Boulez, and worked as an onstage musician with the Royal Shakespeare Company.

Tom’s passion for new music has seen him give dozens of premieres of works by composers such as Francisco Coll, Cathy Milliken, Mike Svoboda, Oliver Searle, Alasdair Nicolson, Alistair MacDonald and Tim Cooper. He regularly appears as a guest of contemporary music groups including the Ensemble Modern (Germany), Klangforum Wien (Austria) and Aarhus Sinfonietta (Denmark).

He regularly gives masterclasses on trumpet performance and chamber music at some of the leading conservatoires in Europe and the USA and is a Trumpet and Brass section coach of the National Youth Orchestras of Scotland.

“I couldn't get the smile off my face during Oliver Searle's trumpet Sequenza... Tom Poulson's performance was staggering.”