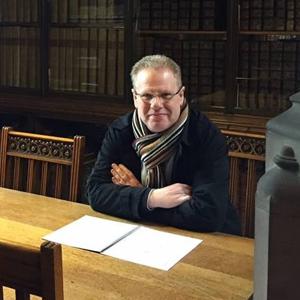 Ronnie MacNiven is one of Scotland's most versatile musicians, working across a diverse range of fields and genres. After leaving school he studied trombone and composition at The Royal Academy of Music in London. Upon graduating from there he held several positions with ensembles around the world including The National Chamber Orchestra of South Africa and The Scottish National Jazz Orchestra, where he had the privilege of working alongside Ingrid Jensen, Dave Liebman, Joe Lovano, Gerard Presencer, Maria Schneider and Kenny Wheeler.

Second Prize in the Maggini String Quartet Composers’ Competition and performances at the Huddersfield Contemporary Music Festival were followed up by Third Place in The 2 Agosto Prize in Bologna, Italy. He returned to higher education in 2013, graduating with an MMus in composition from The University of Glasgow a year later.

Recent performances have included Crescent City Soliloquy, composed in 2010 for Duo X, and Tanabata, performed by The Red Note Ensemble at The Sound Festival in Aberdeen, 2015. His string octet, entitled Oirthir Gàidheal, derives from the Gaelic meaning ‘Coast of the Gaels.’ Another notable piece in his output, Cassiopeaia Dances, was written for the unorthodox combination of Oboe, French Horn and Harpsichord as part of the centenary commemorations of Debussy’s death in 2018, and was performed in Manchester and Glasgow. La Mort Parfumée, composed for flute quartet, was premiered in Kirkcaldy in April 2019. His most recent piece, Eástre: Hymn to the Sun for four trombones received special mention in the 2020 BTS Composers' Competition.

Among his interests outside music he lists detective fiction, philately and Sudoku puzzles.

See the full list of works by Ronald MacNiven