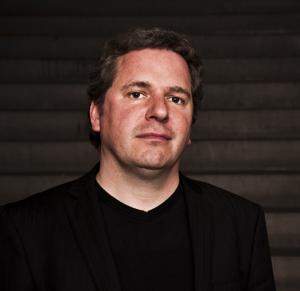 Born in Edinburgh in 1970, composer Julian Wagstaff studied Composition with Professor Nigel Osborne, gaining his PhD in 2008. Known for his work in the theatre and concert hall, Julian has worked with most of Scotland’s professional ensembles over the years, including the Edinburgh Quartet, Hebrides Ensemble, Scottish Chamber Orchestra and Scottish Opera, and has recorded with the country’s leading producers, including Calum Malcolm among many others. His works are regularly performed across the UK and internationally, and have been heard live in Germany, Austria, Belgium, Spain, Portugal, the USA, Italy, Australia, the Netherlands and Denmark.

Julian Wagstaff’s theatre music includes the opera The Turing Test, which was a sell-out hit on the 2007 Edinburgh Festival Fringe. The opera was cited as the cultural highlight of the year by the novelist Alexander McCall Smith in the Daily Telegraph’s Review of the Year.

In addition to is work in concert music, Julian writes and performs rock music under the name Jules Reed, including with Edinburgh band The Firrenes. He is published by Europa Edition, and his music appears on the Linn Records and Circular Records labels.

See the full list of works by Julian Wagstaff